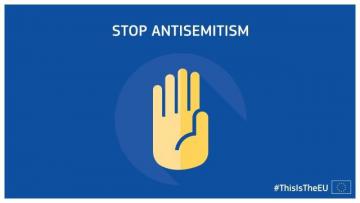 The Israel-Hellenic Forum is deeply disturbed by the acts of vandalism against the Holocaust memorial in Thessaloniki and Jewish cemeteries in Athens and Rhodes – the latest in a series of similar acts in Greece over recent years. This desecration with the usage of anti-Semitic graffiti by perpetrators is a flagrant affront to the values that pervade democratic society. We commend the Hellenic Republic Ministry of Foreign Affairs for immediately issuing a statement condemning these deplorable acts that insult the memory of Greek citizens and of everyone else who fell victim to Nazism. We expect that the perpetrators will be brought to justice and tried for their crimes. The fight for the eradication of anti-Semitism is far from over and needs to be intensified.

Established by the B’nai B’rith World Center – Jerusalem, the Israel-Hellenic Forum is a setting for discussion and action by Israeli, Greek, Cypriot and related academics, intellectuals, journalists, elected officials and other public figures who have shown support in the public sphere for the burgeoning relationship solidified in recent years between these three countries – reflected in the regular tripartite meetings between their leaders and the flourishing state-to-state relations. The Forum – was launched in November 2019 in Jerusalem at an inaugural conference with the participation of over 60 participants from Israel, Greece, Cyprus and the US. Its activities have continued since with events in Athens and on-line consultations.